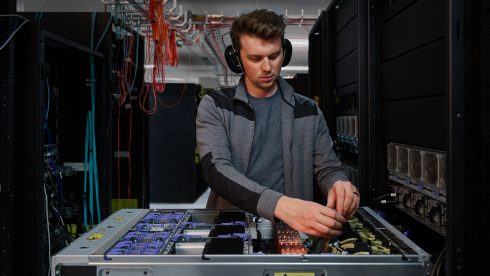 IBM has announced the first of a new family of IBM Power servers, which are designed for hybrid cloud environments.

It also includes a number of performance improvements and reduced carbon footprint over its predecessor, the IBM Power E980. It also includes four matrix math accelerators in each core, which allows for up to five times the performance compared to the previous edition.

“When we were designing the E1080, we had to be cognizant of how the pandemic was changing not only consumer behavior, but also our customer’s behavior and needs from their IT infrastructure,” said Dylan Boday, VP of product management for AI and hybrid cloud at IBM. “The E1080 is IBM’s first system designed from the silicon up for hybrid cloud environments, a system tailor-built to serve as the foundation for our vision of a dynamic and secure, frictionless hybrid cloud experience.”

The new server generation will come with the support of an ecosystem of ISVs and business partners. IBM is also creating a new tiered Power Expert Care service.