Together, Grafana Labs and k6 will work on an integrated offering as part of the Grafana observability stack. Today, organizations can already benefit from running k6 load testing while fully monitoring and connecting logs, metrics, and traces to each other to quickly diagnose performance issues before they impact customers.

“When we first spoke with the team at k6, we were immediately impressed by our shared passion for open source, and their approach to modernizing load testing,” said Raj Dutt, CEO and Co-founder of Grafana Labs. “In the past, load testing required costly infrastructure investments to run, resulting in only the most well-funded efforts reaping the benefits. These days, compute and microservices are available on demand, so it is far less costly to run test simulations. Because k6 is open source and also has a cloud offering, developers can realize the benefits much more rapidly. By bringing k6 and Grafana together, we enable teams to radically improve the time to prevent, detect, and remediate problems before they impact end users.”

“Grafana Labs is the unquestioned leader in the observability space, and has done an incredible job building an open and composable observability stack for their users — both on the open source and enterprise fronts,” said Robin Gustafasson, CEO at k6. “Joining the Grafana Labs family will accelerate our ability to give modern engineering teams better ways to observe and build reliable applications.”

Executives at elevated risk for cyber threats on social media 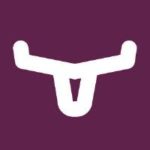