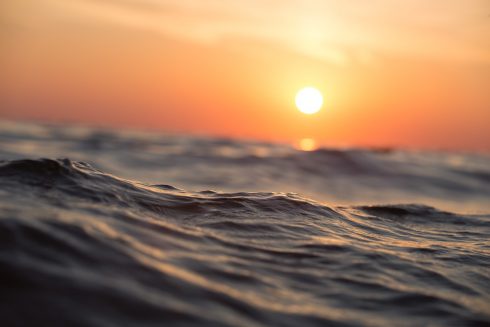 Department of Defense contractors live by a different set of rules than the private sector when it comes to developing projects that are charged with the nation’s safety. At this year’s Mobile World Congress Americas, the Department of Homeland Security (DHS) partnered with several contractors who are developing new defense and security solutions built on widely accepted, publicly available platforms. Of course, there’s a twist.

Progeny Systems is a privately held, high-tech small business focusing on software and hardware system integration, computer-vision solutions, and research and development. Besides working for the Army, Air Force, and Navy, the company has also provided solutions to Defense Advanced Research Projects Agency (DARPA) and National Aeronautics & Space Administration (NASA). Historically, its core background is in signal processing combat systems, specifically for the Navy for submarines and aircraft carriers.

It’s no secret that government agencies can be a little behind the commercial world when it comes to adopting new technologies. Jon Felmey, chief engineer in enterprise application and integration handling the web application side, said, “They’ve actually recently jumped into the mobile and modern mobile devices arena. Where we started with our mobile projects was the Navy had old Intermec Windows mobile 6.1 devices they still had out in the fleet. We had all these security guidelines to jump through, and by the time you got a device that was actually ready to be deployed, it was 10 years.”

These devices and their applications performed tasks like recording equipment deficiency logs. Sailors walk around and log everything they saw wrong on the ship, then come back and sync it up. When submarines go out, the submariners go to their mobile spaces onboard the sub to run certain checklists of required tasks and operations. Felmey added, “Traditionally, they were using these big, kind of bulky devices and we wanted to bring them Android tablets to replace them.” Progeny is working with Samsung Knox to develop a lightweight MDM that allows them to get modern Android devices onboard. He shares, “We’re still in the process of doing this, but we’re almost there where we can actually deliver modern tablets to the sailors.” The environment is changing, slowly.

At the core of Progeny’s framework is Microsoft’s Xamarin, which enables cross-platform development. It’s written in C#, and then it goes to iOS, Android, and Windows platforms all with a single code base. The engineering team started with that as its basis, and then created a Visual Studio template that has numerous security pieces baked into it so that a development team can jump right into developing a secure application with either Progeny developed security libraries or security best practices within the context of Xamarin.

The company chose Xamarin because it wanted to be able to create native applications. Felmey said, “We wanted to kind of limit the amount of code that we had to maintain. We are familiar with C# as a company, and it compiles down into native. You have 100 percent access to each platform’s APIs, and when it creates the application, it creates them in a way that has native controls on those devices. We wanted the users of an Android device to feel comfortable using that app because it has the same controls that they would typically see on their Android devices.”

According to Felmey there are few differences in developing software for an aircraft carrier or a submarine. The differences instead lie between what they’re doing for DoD and what most of the commercial space is doing is it’s a necessarily closed environment. He points out, “There really is no cloud. There’s a wireless network onboard the ship, but everything has to be contained on that ship. All of our applications are developed with ‘disconnected’ in mind because it’s kind of an inconsistent wireless environment. In fact, on submarines, they’re just now introducing wireless networks. The dependability of those wireless networks are kind of intermittent.”

Because of these security issues, Progeny is focusing through this framework on how to do everything on premise. Microsoft and Xamarin, have the mobile app center, everything can be done on the cloud. He emphasized, “You can develop your apps in the cloud, when you deploy them, you can monitor them all through the cloud, but with our customers that isn’t an option. What we’re trying to do is replicate all those different capabilities in an on-prem environment using open source tools.”

There are challenges to doing this kind of development. One of the major ones is  designing the applications with disconnected in mind. There’s the quandary of what data to pull down, how to sync back up, and timing issues. As an example, he said, “We’re doing one with fuel services for Navy fuel depots, There are so many cool things you could do if you had everybody connected at once. They have this kind of staged maintenance where one guy finishes maintenance, then another skill-set person needs to come in to do that maintenance. It’d be great if when that guy finished he could just tell the next person in line they’re up, but they have to take their devices back to the work center, sync back up, and then wait for the other person to sync back up. It’s challenging in that you can’t take advantage of the technology in a way that you would if…” and his thought trailed off.

On the other hand, it gives him great satisfaction to be making forward progress. “It’s always great when you hear sailors, when they see an application for the first time, talk about how much time it’s going to save them in their daily lives. They’re our war fighters protecting our country, and it’s great that we’re able to see how excited they are that it’s really going to help them.”