SignalFx’s platform is meant to complement the efforts of Site Reliability Engineers and operations teams with streaming intelligence to assist with problem detection and troubleshooting, backed by AWS App Mesh capabilities, the company explained in its March announcement. The team-up also accelerates code deployment and allows for automated performance data capture for applications.

The platform will also feature pre-built dashboards featuring performance metrics and other visualizations, the company wrote in its announcement.

Both companies highlighted the growing role of microservices in the release announcement. 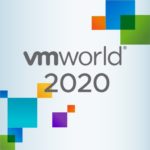