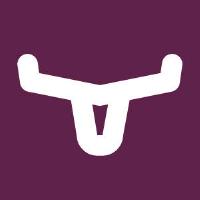 SUSE, a global leader in true open source innovation and owner of the Rancher container management platform, today celebrates the release of Longhorn 1.1. Longhorn has been a Cloud Native Computing Foundation (CNCF) Sandbox project since October 2019. Since becoming generally available in June 2020, Longhorn adoption has increased by +235% to become a mainstay of the Kubernetes storage landscape. With this latest release, Rancher users can now leverage a Kubernetes-native storage solution in low-powered hardware at the edge.

Gartner predicts that by 2025, three-quarters of enterprise-generated data will be created and processed at the edge – outside a traditional centralized datacenter or cloud. That’s a sharp increase from just 10 percent in 2018. With this growth in mind, Longhorn 1.1 allows developers to confidently build applications and store data in edge environments on resource-constrained devices.

What’s New in Longhorn 1.1?
Longhorn is 100% open source, microservices-centric, and cloud-native storage for Kubernetes deployments. Longhorn 1.1 brings a host of new features and improvements for enterprise DevOps teams, including:

Driving efficient container performance
Improving efficiency is consistently top of mind for users in the K8s community. Likely to be a popular introduction, Longhorn now offers ‘ReadWriteMany’ support across containers, giving developers an efficient persistent storage solution that enables volumes to be read and written across multiple containers at any time. Unlike ‘ReadWriteOnce’ methodologies, Longhorn 1.1 allows teams to share volume storage between different paths on different nodes.

Enhanced Visibility and Operations Support
Longhorn 1.1 brings better insights and functionality within an organization’s storage infrastructure. With new integrated support for Prometheus baked in, users now have real-time metrics of their storage health (monitoring, resource usage, tracking, etc.). With this support for Prometheus, users have a much more detailed view of cluster performance. Finally, with new support for CSI Snapshotter, users can create/restore backups via ‘kubectl’.

Increased Resilience
Top of the priority list for most companies is mitigating network issues. A new Data Locality feature has been introduced with Longhorn 1.1 to increase resilience in unstable network conditions (e.g., in edge scenarios). This new capability will keep a storage replica local to the workload itself, ensuring that, even if the node temporarily loses network connectivity, access to storage will never be lost.

Longhorn 1.1 is much simpler than other software-defined storage solutions aiming to deliver fast, reliable storage to most use cases without the bloat of legacy approaches.

Existing users of Rancher can easily install Longhorn directly from Rancher’s app catalog. Longhorn is also free to download and use, and customers looking for support can purchase a premium support model with the same SLAs provided through SUSE Support Services. There are no licensing fees, and node-based subscription pricing keeps costs to a minimum.