Infrastructure terminology you should know 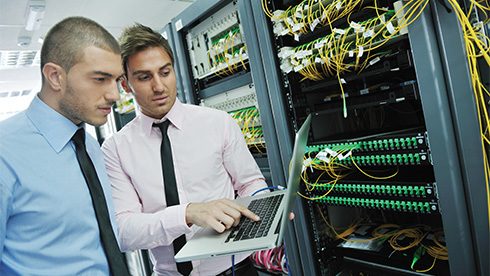 Infrastructure is changing quickly. Specifically, it’s being virtualized like everything else historically done only in hardware. “Software-defined” is one of the biggest infrastructure trends, not just for compute, but also storage and networks.

Developers should know something about these concepts so they understand the environment in which their applications will run. Being familiar with these terms will also help avoid confusion when talking to IT Operations.

Converged infrastructure – provides a turnkey hardware, storage, network and virtual machine solution in a single chassis that has already been configured and tested, which means IT doesn’t have to do it. It just works “out of the box.”

Immutable infrastructure – that which is replaced instead of changed. The benefit of immutable architecture is stability, because changes are implemented through replacement. The replacement can be tested and proven prior to the switch, which compares to making changes to live equipment that may result in unforeseen consequences. Another benefit is security. Given the number of vulnerabilities in ever-more complex software stacks, immutable infrastructure provides an elegant way to replace software with known bugs or vulnerabilities with patched software.

Software-Defined Data Center (SDDC) – virtualized data center infrastructure that is made available as a service. While virtual machines have been used in data centers for some time, software-defined data centers take virtualization to the next level by making the entire environment software-defined. They provide better ROI than traditional data centers because, like virtual machines, they optimize the use of resources, providing better equipment ROI. Also, because the management of SDDCs is automated in software, it reduces the need for data-center related headcount. Further, not all organizations are moving to the cloud at the same speed. Although some modern businesses were born in the cloud, older organizations may be keeping data in their own data center for security purposes or adopting a partial (hybrid) cloud strategy. SDDCs make sense for both.

Software-defined network (SDN) –an umbrella term for specific types of software-defined networks that include access networks (SDANs) wide-area networks (SD-WANs) and data centers (SDDCs). They allow administrators to change, initialize, or manage network behavior, via a software interface. SDNs are becoming increasingly critical for enterprises that have to keep pace with the accelerating pace of business. While there’s still hardware somewhere underneath the software-defined layer, the layer itself provides greater flexibility and agility than can be achieved with physical equipment alone.

View all posts by webapps