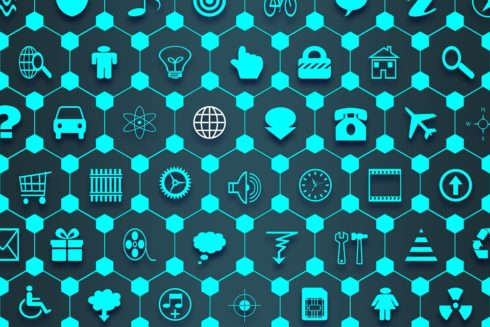 There are up to 22 billion connected devices around the globe—that’s three times the number of people, and it’s predicted to double by 2025. That forecast includes 250 million connected ‘smart cars,’ as soon as 2020. Already, technologies important to making the Internet of Everything (IoE) a reality such as 5G, advanced AI, and edge computing are steadily being woven into the fabric of how we do—just about everything.

But seven years since we started dreaming about this promised land of ubiquitous connectivity and automation, there are still some meaty problems for entrepreneurs to tackle before the full value of IoE can be unlocked. For the most interesting cyber-physical systems to work as envisioned, we need a whole lot of custom technology that just didn’t exist before.

And now, a fresh generation of extraordinary entrepreneurs and enterprise engineers are solving those problems and bringing the Internet of Everything to life. Here’s a look at three of those problems, and what we’ve seen on the front lines:

Endpoint devices need power to operate. And the incumbent approach to delivering the power has always been to either pull a wire or to periodically connect a battery with the grid to recharge. Unfortunately, both of those solutions have significant operational challenges. Either a massive physical infrastructure buildout is going to be needed to connect all of those devices, or wireless endpoints are going to need to be continuously serviced. And so power has become a gating item that guarantees that there will never be a true Internet of Everything.

Or has it? What if the devices could somehow power themselves, using neither a battery nor a grid connection? What if they could simply scavenge the energy they need to operate from whatever naturally occurring electrons were in their environment, regardless of that environment?

It sounds like science fiction, but this is the kind of radical thinking that is steadily making IoE a reality. An example from our portfolio is a company called Atmosic, which makes ultra-energy efficient IoT radios that consume one third of the power of their best-in-class rivals. But where it gets really interesting is that an energy-harvesting chip in those devices then converts ambient electrons from radio waves, light, or kinetic energy into functional electrical power.

That means the devices need neither a local battery nor a wire to power up. They simply generate their own energy as needed. And so once the future generation of devices like these are installed, you might never need to service and re-charge them.

When GPS was first made available for civilian use, extreme accuracy wasn’t all that important, and satellites always had a clear line of communication to the vessels they were tracking.

But as we move forward into the world of autonomous vehicles, robots, drones, and advanced mobile-first applications, we’re going to need a lot more precision. Think about large-scale industrial farming, for instance:  In order to have fleets of ten-ton crop harvesters simultaneously reaping untold acres of corn without leaving harvest behind (and without colliding into each other), we need geo-location that is accurate literally down to the centimeter.

But that’s not all. We also need GPS that works just as well inside urban canyons as it does out in open fields. Although visions of appliance-enabled services, from autonomous taxis to last-mile robotic delivery services like BotBox need ever more accurate geo-positioning, the current maximum accuracy available in consumer grade GPS is usually no better than 2 meters. Your Uber or Lyft driver still cannot even figure out which corner you are on, due to urban obstruction of GPS signals.

This is all going to change. Other companies have announced that they would roll out solutions like core and horizontal-enabled technology that provides centimeter-accurate positioning. A few years ago, two UC Santa Barbara PhD students founded Shadow Maps, (since acquired by Uber), that uses occlusion modeling to fill in the gaps in cities where GPS can’t see. And the GPS III class of satellite that SpaceX launched for Lockheed Martin last December promises 300% greater accuracy than its predecessors.

So you’ve got self-powered devices, and you know exactly where they are at all times. But the IoE isn’t just about the devices themselves; It is really a collaboration between the connected endpoints and a centralized control plane. If you’re going to have embedded computers powering the streets of dozens of major cities, moving hundreds of thousands of autonomous vehicles around on those streets, and transmitting exabytes of data from billions of endpoints, you’re also going to need new and novel ways to centrally control all that activity and data. That is what is really going to change life as we know it, on a grand scale.

Take, for example, the 7 million homes in the United States with private swimming pools.  Currently, these are managed by homeowners or maintenance contractors who use a labor-intensive process to determine the chemical needs of the pools. But now, robots from innovators like our portfolio company WaterGuru can continuously report water chemistry data back to a cloud management platform that analyzes that data. Using constantly-improving intelligence gathered from other pools, the central control plane then automatically sends back instructions for just-in-time robotic delivery of the chemicals needed for perfect pool water.

But then imagine the same kind of integrated management process in healthcare— for monitoring vital signs and administering medications; in aviation— for observing jet engine performance and remotely controlling safety procedures; and in energy— for monitoring local consumption and diverting resources or executing maintenance needs. All of that needs to happen in cloud-based control planes purpose-built for the IoE era. And so, we expect to see more and more solutions that automate and manage services like these by remote.

There is still more to be done before IoE will become a reality
IoE is a once-in-a-lifetime opportunity. But we will never go through the coming explosion of growth unless we first solve how we’re going to feed these devices with power, how we can know exactly where these devices are down to the centimeter, and how we use centralized workflows to manage everything that is connected.

Underway are also new sensor types, from advanced computer vision to fine-grain olfactory sensing, libraries of data that convert the physical world into point clouds that reside but an API call away, and purpose-built, full-stack, cybersecurity that provides true end-to-end vigilance for a radically expanded attack surface.

The Internet of Everything is, as Cisco prophesied, “the biggest opportunity in the history of mankind.” As the best and brightest in a new generation of entrepreneurs and enterprise engineers work hard to excavate the foundations for this transformation, its horizon can seem distant. But to those who think that the Internet of Everything is over-hyped based on what we’ve seen so far, I say “You ain’t seen everything yet.”

Chris Rust is a founder and general partner of Clear Ventures, where he focuses on early-state technology investments

View all posts by Chris Rust 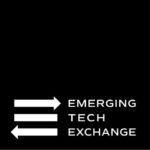