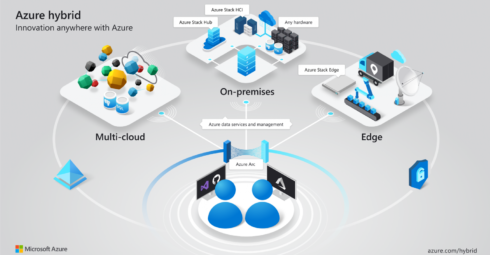 Microsoft added new innovations to Azure Arc, a set of technologies that extends Azure management and services to any infrastructure, including on-premises, multicloud, or at the edge.

“Right from the Azure portal, customers can deploy a common set of Kubernetes configurations to their clusters wherever they are, consistently and at scale. Azure Arc also enables developers to centrally code and deploy cloud-native applications securely to any Kubernetes cluster using GitOps,” Arpan Shah, the general manager of Microsoft Azure wrote in a blog post.

The new release also includes Azure Stack HCI, which provides a performant and cost-effective hyperconverged infrastructure solution that can be managed right from Azure. Customers can run Azure services and cloud-native applications on Azure Kubernetes Service (AKS) on Azure Stack HCI, according to Shah.