Crypto mining and the cloud: The perfect IT security storm 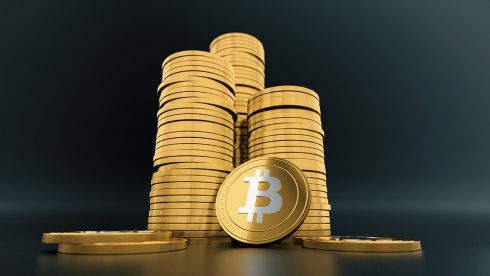 Cryptocurrencies and the cloud are two of the hottest topics in technology circles today. They’re not often discussed in tandem. But they should be, especially among cloud security professionals.

Although attacks against cloud-native environments with the end goal of crypto mining may not be on the radar of many IT security teams, it’s high time to incorporate anti-mining defenses into your cloud security plan.

Why Crypto Miners Want to Steal Your Cloud
If you know anything about cryptocurrency, you’re probably aware that most cryptocurrencies are “mined” by performing complex computing operations, which are usually performed on specialized computers called “mining rigs.” Mining the more popular cryptocurrencies, especially Bitcoin, requires immense computing power—so much that the energy expended on Bitcoin mining will reportedly totally exhaust all of the world’s energy-producing capacity just two years from now.

Statistics like that drive home just how expensive it is to mine cryptocurrency. Performing legitimate mining operations requires a major investment in specialized computing hardware, as well as a whole bunch of electricity. And because many cryptocurrencies are designed in such a way that the computing power required to mine new coins increases over time, the cost of mining is always getting larger.

Therein lies the reason why crypto mining has created a grave new threat to cloud security: If you want unlimited computing power to mine cryptocurrency, the cloud is the perfect place to get it. And given that most clouds are well connected to the Internet, there are plenty of doorways that you could use to sneak in, take control of someone else’s cloud accounts or instances, and start mining cryptocurrency.

Plus, the fact that most cryptocurrencies are highly anonymous makes the deal even sweeter for attackers. Unlike other kinds of cloud-related security heists (such as those that involve stealing private data that can be hard for attackers to cash in on without giving away their identity), it’s easy to exchange cryptocurrencies anonymously.

Leveraging Cloud-Native Tools to Mine Crypto
It’s not only the enormous profit potential of crypto mining on someone else’s cloud that makes this threat so dangerous. The fact that cloud-native infrastructure makes it especially easy to deploy and run mining software adds to the dilemma from the perspective of security professionals.

The complexity of modern cloud-native software also benefits malicious crypto miners because it creates many potential attack vectors. For example, a misconfigured orchestrator like Kubernetes, or a Docker registry that admins accidentally leave open to the public, are easy for attackers to manipulate in ways that allow them to deploy containers that will mine crypto. These sorts of challenges did not exist before the cloud-native age, when infrastructure was simpler and easier to secure using standard firewalls and basic access control.

Halting the Crypto Miners
Given that the bad guys have such a strong incentive to steal your cloud in order to mine crypto, and the fact that cloud-native technologies make it especially easy for them to do so, what’s a DevSecOps team to do to stop the threat?

The following strategies will do much to help ensure that your cloud-native environment does not become the next victim of nefarious crypto miners:

As long as there’s lots of money to be made by mining cryptocurrency, the threat that crypto miners pose to cloud-native environments is unlikely to disappear. Fortunately, by taking a forward-thinking, cloud-native approach to security, it’s possible to mitigate the risk of ending up with expensive infrastructure devoted to mining Bitcoin rather than what it needs to do.

Dina Stopel is co-founder and vice president of research and development at security provider Twistlock.

View all posts by Dima Stopel