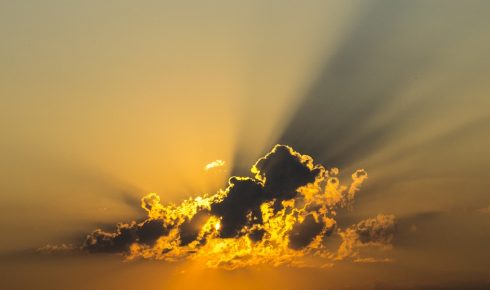 Microsoft’s focus on open source across the board is no longer in dispute. It’s now safe to say that Microsoft has proven its commitment to open source on many fronts and has put its money where its mouth is, most recently with its $7.5 billion acquisition of GitHub.

Linux servers now account for a majority of workloads running in Azure. Microsoft has also made a strong push to support the various open-source database platforms and services including SQL Server for Linux. In Azure, Microsoft supports several open-source SQL and NoSQL databases including MySQL, MariaDB and most recently, Azure Database for PostgreSQL.

In a recent post announcing the Citus acquisition, Microsoft corporate VP for Azure Data Rohan Kumar noted that Postgres databases collectively ranked highest in popularity last year behind MongoDB and Redis, according to DB-Engines.  “The acquisition of Citus Data builds on Azure’s open source commitment and enables us to provide the massive scalability and performance our customers demand as their workloads grow,” Kumar noted.

The point on scalability is what really matters, according to Ovum analyst Tony Baer. Citus will bring more scale to the new Microsoft Azure Database of PostgreSQL offering, “in what would otherwise be a pure vanilla market,” Baer said. “Otherwise, how can you differentiate your managed PostgreSQL 10 service when Amazon and Google have the same vanilla platform?”

Notably, Citus will help Microsoft better compete with Amazon Aurora for PostgreSQL compatibility, while also offering an alternative to Oracle RAC, with its PostgreSQL extensions, Baer noted. The Citus Postgres extensions are on a restricted open-source license, akin to MongoDB, Redis and Confluent, he added.

Azure Database for PostgreSQL service initially rolled out with the ability to scale up to 32 vCores and a memory-optimized tier, but Microsoft in December expanded the capacity, allowing customers to scale up to 64 vCores.

Microsoft’s Kumar underscored the Postgres extensions will help transform it into a distributed database, “dramatically increasing performance and scale for application developers,” he noted. “Because Citus is an extension to open source PostgreSQL, it gives enterprises the performance advantages of a horizontally scalable database while staying current with all the latest innovations in PostgreSQL.”

Sudhakar Sannakkayala, general manager of Microsoft’s Azure Data business, emphasized in a separate post that because Citus Data is packaged as an extension, rather than a fork to PostgreSQL, customers can draw upon contributions from the Postgres community with queries that are substantially faster than proprietary implementations.

“Citus Data delivers unparalleled performance and scalability by intelligently distributing data and queries across multiple nodes, which makes sharding simple,” Sannakkayala said. Citus packaged its database as an open-source extension of Postgres to allow IT operations teams to ensure they are running with the latest version, “unlike all forks of databases prior to it,” said Citus Data co-founder and CEO Umur Cubukcu, in a post announcing the Microsoft acquisition of his company.

“We launched our Citus Cloud database-as-a-service and grew it to power billions of transactions every day, creating the world’s first horizontally scalable relational database that you can run both on premises, and as a fully-managed service on the cloud,” Cubukcu noted. As part of Microsoft, Citus will continue to work on expanding those open source extensions, he added.

Craig Kerstiens, who heads up the cloud team at Citus, recently recounted how Postgres has evolved over several decades from a relational database that already had geospatial capabilities to one that now supports multiple modes with the addition of support for JSONB.

Extensions, which are effectively lower-level APIs in Postgres that enable it to change or expand its functionality, have helped Postgres shift beyond its core relational database routes into a data platform, according to Kerstiens. “These extension hooks allow Postgres to be adapted for new use cases without requiring upstream changes to the core database,” he said.

Consequently, Kerstiens noted that the Postgres core can remain stable and not put data at risk, while the extensions “can move quickly to explore new areas without the same review process or release cycle, allowing them to be agile in how they evolve.”

Microsoft isn’t saying how it will incorporate Citus, which historically has run in AWS, into the Azure cloud. Presumably that will shift only to Azure, but Microsoft isn’t commenting.